A man allegedly refused to visit his wife in hospital after she gave birth to their daughter via CS. According to Twitter user, Adda Fatee, the mother already had 4 girls then gave birth to the 5th, also a girl.

She gave birth on Sunday, and as at last night, the man had still not stopped by to see them.

His grouse is that she didn’t give him a son.

@Adda_Fadi2 tweeted: “My friend has 4 girl’s she put to birth to her 5th baby through CS since on Sunday uptill this evening the husband didn’t check on her simply because it was a girl ???” 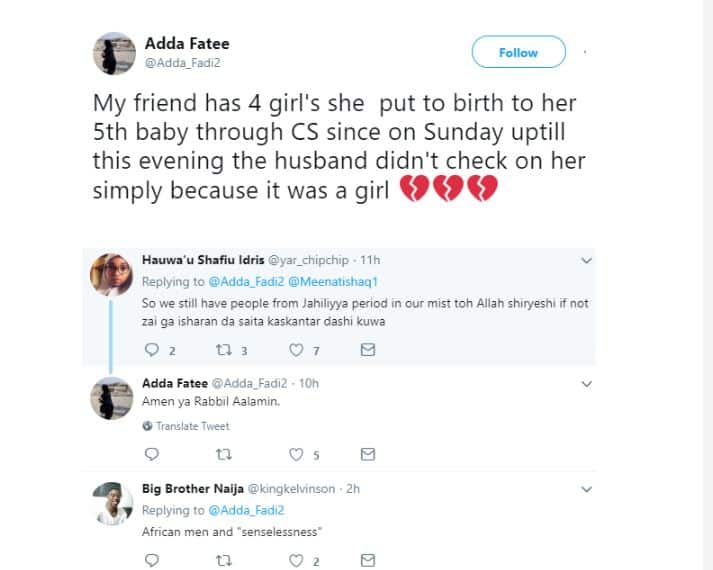