A cheating wife was recently caught by her husband while having $ex with their next-door gardener.

The 36-year – old Zimbabwean woman identified as Nhamo Nyabusha and her neighbor identified only as Richard, 26, was caught having $ex by Nhaino’s husband who had received a tip – off while at work.

For defiling their matrimonial bed, Nhamo and Richard were left bloodied after receiving a serious beating.
“We have always been suspecting that there has been something going on between Richard and the woman who stays next to his house.
“So when we saw him sneaking inside the lady’s house we decided to call the husband who was on night shift.
“He didn’t take time to come and when he got inside the house that’s when we had him shouting on top of his voice after he saw them enjoying each other,” said the source.
A lot of people came at the house and assaulted Nhamo and Richard until some elderly people in our neighbourhood restrained people from further assaulted them.
“Nhaino’s husband then gave her a divorce token in the sight of everyone who was there and went to his younger brother’s house,” said the source.
Contacted for comment, Nhamo and Richard refused to entertain H-Metro as they were quick to hang up their phones. 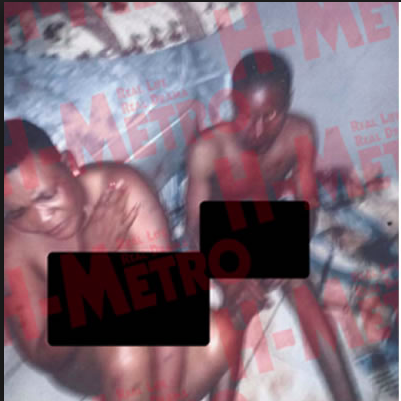 man sentenced to 22 years in jail for raping his biological mother.