Security operatives have apprehended two criminal suspects and their girlfriends for allegedly robbing residents of their properties in Rivers state.
The couples who reportedly specialize in stealing around Ikwerre local government area of the state, were nabbed following a recent security raid at their base. 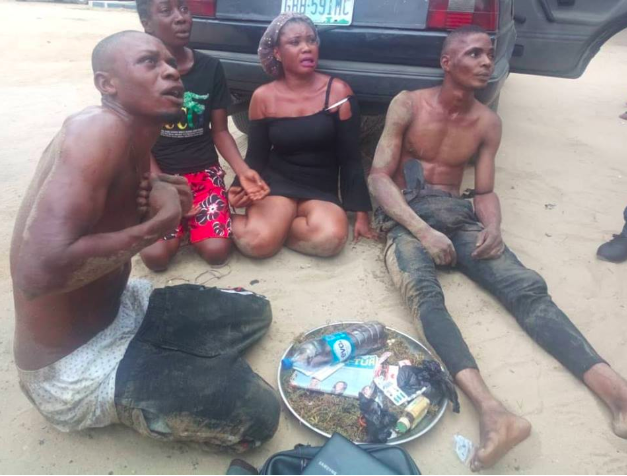 They were arrested after the police received an intelligence report from an unknown caller who exposed the gang said to be ‘living large’ in the area. 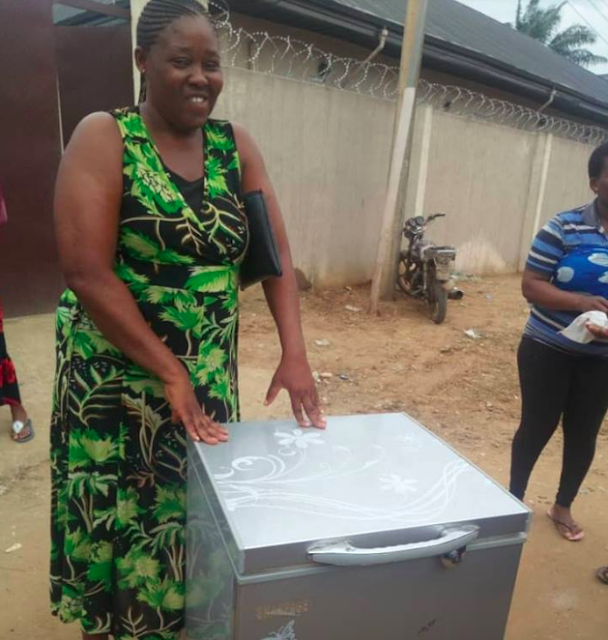 Security agents raided the hideout of the criminal elements and caught them with over 15 stolen Smartphones, brand new generators, refrigerator, laptops and other items belonging to people living around around them. 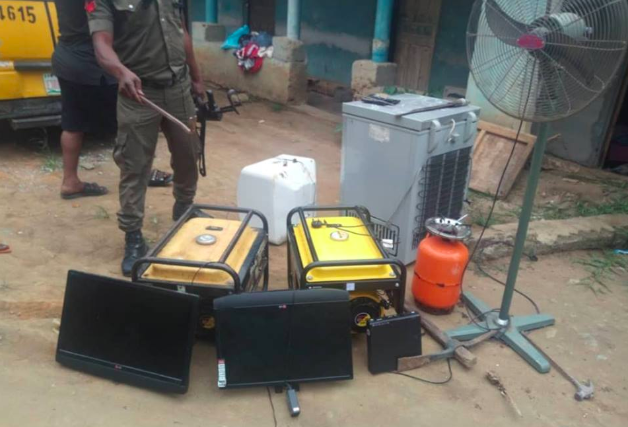